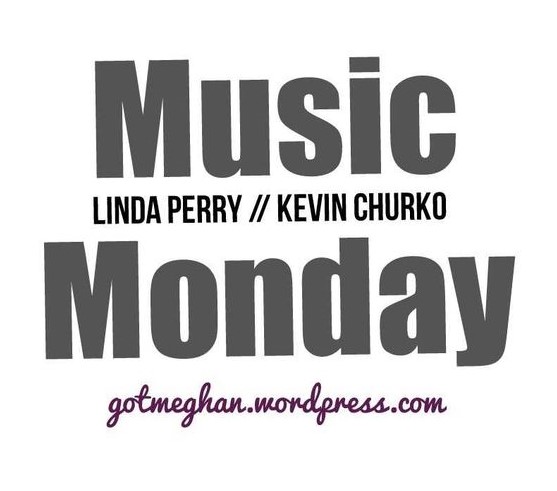 This series is suppose to be about my favorite music producers, people who basically inspired me to study become one in college ten years ago. What I didn’t plan on was second guessing myself on whether or not Linda Perry is a producer. I knew she was a songwriter and musician in her own right, but I wasn’t so sure about the other part. Just before I started writing this post, I finally broke down and checked online to see if she is and everything says she is in face a producer.

Although I wanted everyone to be an established producer in these posts, I felt that in the end, it really didn’t matter if she was or wasn’t. I mostly knew her as a songwriter to artists such as P!nk and Christina Aguilera.

I didn’t write my first song until probably fifth grade, I didn’t even keep it because the words just kind of came at me all of a sudden and I wrote them on a small piece of paper. Some people would think they were poems, but I always found myself correcting everyone that they were songs, but then they would come back and ask if I had any music with it, and I’d say no. As most songwriters, they like to come up with the melody and music before figuring out the lyrics. I was the total opposite, but only by default, I can’t play any instruments and never really wanted to, so maybe they are poems after all!

For most of my middle school years, I was writing songs about what was feeling and going through during my preteen years. I still have folders upon folders of songs I wrote in classes and even at home too. I hardly ever look through them even though I want to keep them safe for later. I don’t quite know what or why I would want to do that because I was more abstract in my words back then; I hardly ever made a song specifically for one person and I definitely never put the person’s name I had in my mind while coming up with the lyrics. I was smart that way I guess!

I remember the first time I ever listened to “Beautiful” by Christina Aguilera. I always wished I could be that brave to release all of my emotions into creating something as wonderful as that song. I watched a documentary where Linda was discussing when she worked with her on second album “Stripped” back in 2002, and how she was teaching her how to let go and give herself up to the world and exposing feelings that we all feel at one point or another, and that obviously meant a lot to me in my teen years, leading up to high school. By the time, I became a freshman, I think I stopped writing them, and turned my attention to books. The last one I ever wrote was published on my old blog at the end of 2009 I think.

I do tend to like a person’s music better if they are the lead songwriter. I generally love what Linda has created for other artists, especially female singers. I have a slight obsession with singer-songwriters like Natasha Bedingfield, Halsey, Banks, Phoebe Ryan, Alessia Cara, Charlie Puth and Julia Michaels because I know they all have written songs. I hope one day I can help make my nephew understand why it’s important to start writing in a different platform; whether it’s blogging, bullet journaling, poetry, or songwriting. It’s a important habit to keep.

Have you ever written a song before? If you have, do you remember any specifics about the first one you wrote? Did you keep it?

Today I am reviewing an album, that surprisingly, I’ve been looking forward to for a while. I wouldn’t say that I’m like a big Thirty Seconds To Mars fan, but I’m like right in the middle of it. The songs that I’ve listened to, are really good and “Love, Lust, Faith, and Dreams” is probably one of my favorite albums to date, but I still don’t consider myself a really big fan of theirs. Maybe after doing this review, that’ll change, huh?

Thirty Seconds To Mars is a rock band coming out of California. It still surprises me that there are only three guys in it and roughly two of its members play instruments live. What I mean is that, Tomo and Shannon play the guitar and drums respectively and they’re the ones who play the most while on stage. Jared has played guitar live on several songs, but majority of the time he just stands there. This is the reason why I’ve always been amazed in a way, because they always sound like a six piece band since their songs are so jam packed, it doesn’t seem like it was made with only three people! Anyways, their brand new album is called “America” and it was released on the 6th of April.

We start the album off with their first single release, “Walk On Water” and this song was EVERYWHERE after it came out! I’ve seen it on different commercials, mostly on sporting events, which I thought was nice! It has a nice light, but energetic feel to it to match that kind of vibe you’d expect for those types of advertisements. I actually like the song a lot, it’s a nice opening to the album and this cycle! Second is “Dangerous Night” and I have to say, I was less than pleased with this one when I first listened to it. I go back and forth if I really like it, because I liked how it started with only Jared’s very seductive voice. Yes, that’s the word I’m using for this! It’s very mellow, and the tempo and sound changes a bit towards the end, but I’m not meshing with it as I thought I would and I’ve heard it a few times since it came out. Next is “Rescue Me” and even though 30STM are a rock band, they have sort of a pop vibe going on with this album. I have to say, I like this song, it has a soft California rock n roll vibe to it, but it also has this quirky sound on top of it, so it makes it really unique.

Fourth track is “One Track Mind” and I thought this was really great. The beat makes it really sexy and I thought Jared’s low and slow voice makes it that much better! This features rapper A$AP Rocky in it, and I thought he gave it a different edge that in a way, it didn’t need, but I’m glad he was added to the ending result. Plus, can we just talk about the guitar solo at the last too? Good god. I seriously thought it couldn’t get any better, but I guess I was wrong? Next we have an instrumental called “Monolith” and they are kind of known to have a little break in their albums, a breathing and thinking time in between the songs. This one very in your face, cinematic worthy track! You know how I am. It also conducts as an intro to the song behind it, which is titled “Love Is Madness” and it features Halsey in it. The song has a bit of a drumline vibe going on, but it’s sexy and smooth too. I really wasn’t expecting it to be like that, but I love it anyways!

We move on to the seventh song, “Great Wide Open” and this starts off really slow and you kind of get that it’s going to sound maybe like a 80’s ballad, they’re not acoustic enough to be a straight slow song, but they’re not so upbeat where you feel like jumping up and down a thousand times, it’s the perfect medium. I really like it. After that, we have “Hail To The Victor” and I’m happy to say this one is very different, I had seen that it was produced by Yellow Claw, but didn’t think it would sound like that! However, I don’t hate it. The song has a nice, dark, but mellow bass drop to it. It’s very unique and I really enjoy it! Ninth track is “Dawn Will Rise” and since I try to guess how a song will sound whenever I see the title of it, I was thinking that it would be really out of the box vibe and I wasn’t wrong with my guess. I don’t really like the autotone of Jared’s voice, but overall I like the exotic/electronica sound to it!

We’re almost done, “Remedy” is next and this is definitely considered an acoustic ballad, but I am confused because that doesn’t sound like Jared at all. I really like it, but I would like to know who the vocalist is, Shannon or Tomo? If anybody knows, please comment below with the answer! Thank you in advance. Next is “Live Like A Dream” and again, it has this sort of soft rock but climbing introduction that I feel like 30STM are getting better at producing with the more songs they include it in, so thank you Shannon for that build up! This song in general has another feature that they’re kind of known for, they like to add choirs into their songs, but this one is giving me “Closer To The Edge” vibes. I don’t consider it a bad thing, but that’s what I keep thinking of while listening to it. Last song is “Rider” and we have another slow beginning, but the sound does kind of “explode” in a way. If you’re going to end an album, you should always leave with a bang and I think it is a good song to use.

You’re probably thinking about why I said that they have a pop sound going on, like that they’re sounding like Maroon 5, but I’m not saying that by any means. The band is taking a gentle approach to it, and they’re not going too far with it. To be quite honest, I really don’t care if they want to incorporate some of the mainstream music into their stuff. I just want to hear something different from those pop-rock bands and right now, Thirty Seconds are doing a good job at keeping themselves separate from the pack. Overall, I thought this was a really good album. I’m not really surprised by the songs itself, because I know they make good music, I’m more shocked that I ended up liking almost every track. I think I will grow into “Dangerous Night” the more I listen to it, so don’t worry about it.

Have you listened to Thirty Seconds To Mars’s new album? If you have, what were some of your thoughts that you had? Do you have any favorites yet?