If you didn’t know, coloring is becoming a big thing again. It’s not just for children, anyone can do it! I remember once kids hit a certain age, say 12 to 17, they just think they’re “too old” to do things either with their family or anything that would be considered kiddie related. A lot of teenagers would say coloring is a kid thing, which it is, but now that they’ve done a study that coloring reduces stress and anxiety, everybody has an excuse to color! To make thing even better, they have made the books more adult friendly like from the standard butterflies and flowers to swear words.

Back in April, while my family was down for my nana’s birthday, my Aunt Laurie got her a butterfly coloring book and a large box of different colored pencils. I was a bit worried as I knew she has a hard time gripping a hold of certain things between feeling numb and worts on her fingers. I figured she’d do better with markers, but as time went on and the more she did it, the more she liked it. She told me she liked the challenge of coloring in the smaller details on the page. So that made me feel better about that!

She almost has the whole book finished! She’s got two folders somewhat full of coloring pages that I’ve given her, but she’s already put in a request for the next one! She wants an ocean theme book, as she loves the beach, seashells, etc. My dad and I found a pirate and ocean book at Walmart one afternoon but once I got a good look at the amount of tiny details, I kind of backed out of it. She better be careful, she might get a big stack of different ones for Christmas! And she’s probably need another box of those pencils too while we’re on this subject!

I like the fact that she’s doing it though. I’ve been trying to find ways for her to fill her time than having to rely on her laptop. Ever since papaw died, she’s sort of lost her inspiration to do anything. So I got her into coloring and creative writing now. She visits my Pinterest board of various prompts and now I have found her a writer’s community that publishes different prompts too. She really enjoys them and tries to do two a day if she can. It just gives her a chance to reflect on things and basically sit down and relax too!

Here is a snippet of a prompt she did back in July or August!

Can you imagine picking something that was important that much in your life that you would say what it is and not see what you need all through your life? I have that and it is called GOD. Well to truly have this you must have FAITH. Right? So I will pick this. It can waver but it is always there pulling me back from difficult situations I find myself in various parts of my life. – Dona Glambert

She says she does majority of it in the kitchen after she finishes her supper. When I was staying with her one afternoon, we’d sat up at the kitchen table, sharing the Velveeta box full of colored pencils and doing our pictures. Yes, I have one at her house. I was a little bored and she was coloring so I decided to take one of hers and I’m not anywhere finished with mine, but everytime I go over there, she’s either finishing or starting on a new one!

Do you like coloring? What theme have you enjoyed? 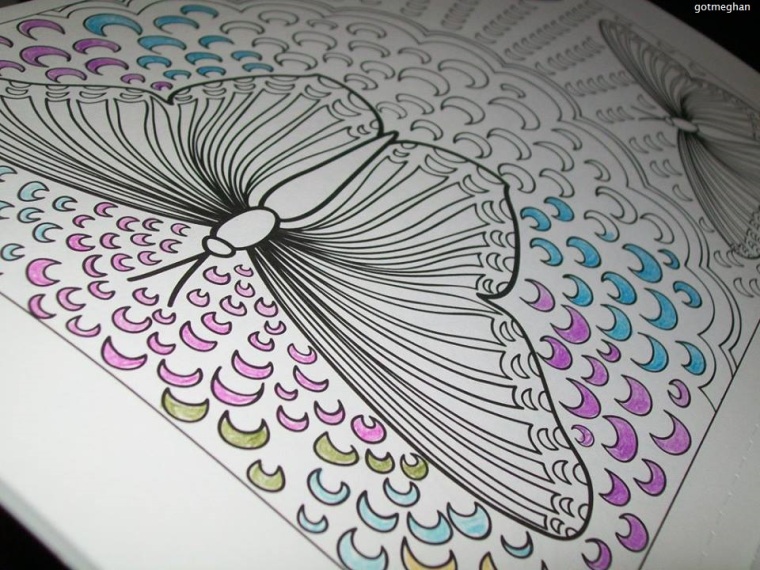 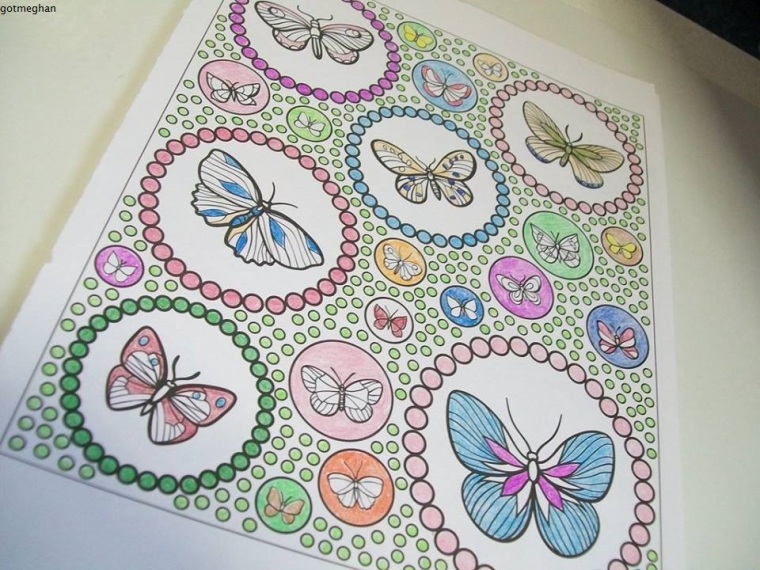 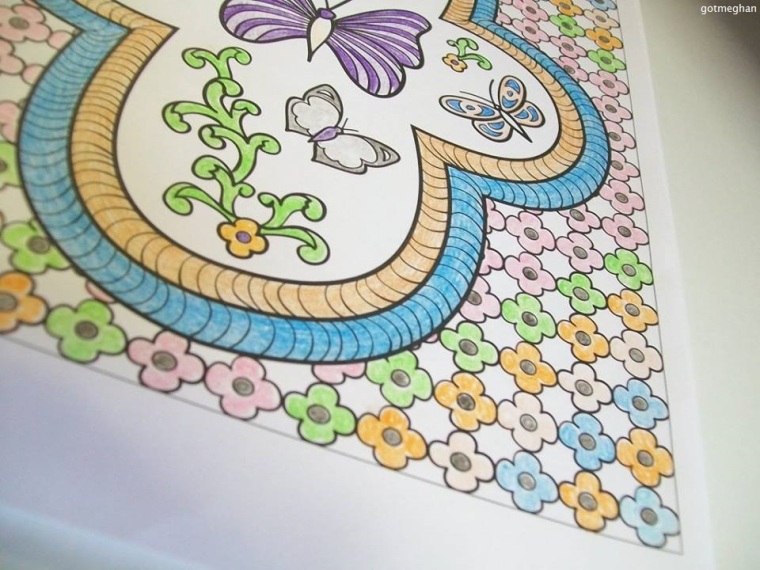