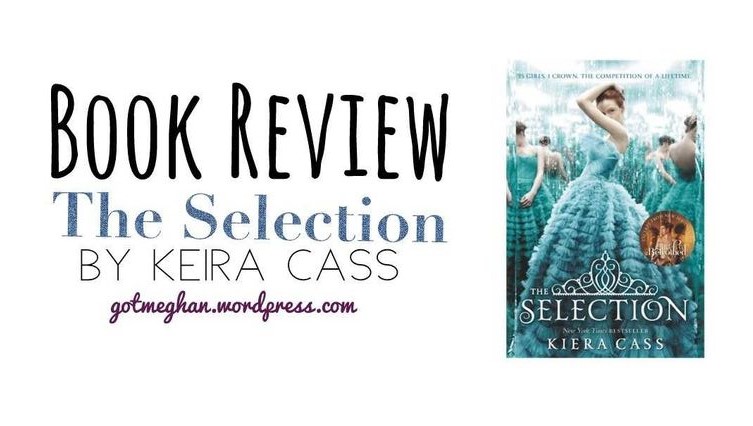 In 2013, my parents surprised me with taking a trip up to where my sister was attending college, and even though it was a day to spent together as the four of us, I did get to go exploring the campus Barnes & Noble after lunch. Blondie had to get back for a class she was taking so my folks and I went browsing around the store and even though I still felt happy to be surrounded by thousand of books, they didn’t have anything that I was looking for and trust me, I had both of my parents attempting to look for one book and we couldn’t find anything.

The book in question was Keira Cass’s The Selection.

Fast forward seven years later and I finally find it on Amazon as part of their Prime Reading library. I was so thrilled because it had been sitting on my TBR (to be read) list since the moment I saw the cover when it came out. Back then I knew what it was about, but I have to say last month when I got it, nothing wanted to appear in my head but I mean, I didn’t need to know anything, so it was fine and dandy! 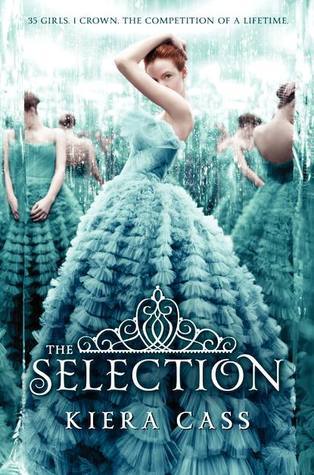 For thirty-five girls, the Selection is the chance of a lifetime. The opportunity to escape a rigid caste system, live in a palace, and compete for the heart of gorgeous Prince Maxon. But for America Singer, being Selected is a nightmare. It means turning her back on her secret love with Aspen, who is a caste below her, and competing for a crown she doesn’t want.

Then America meets Prince Maxon—and realizes that the life she’s always dreamed of may not compare to a future she never imagined.

Before I get too carried away, I feel the need to apologize for the many misspellings of the author’s name! One minute I thought I was typing it right and then the next I found out I did not, so I’m really sorry about that!

In the beginning, it was a bit difficult to imagine everything in my head. Are we in the future? Medieval times? I just remembered the royalty part, which is how I fell in love with it in the first place, but just shifting through what I was reading and attempting to build on all of that information was a little difficult. After like three chapters, I finally got a clear idea of how to see everything in my mind.

There was one other worry I had while I was reading; because I had just read Throne Of Glass by Sarah J. Maas a couple of months ago, I had it lodged into my brain that there could be a supernatural element coming through in the next few chapters. So, imagine my face when that thought was smashed into bits. I’m not saying I don’t like that kind of fantasy, I just didn’t feel like it fit with what was going on with the plot so I was very relieved to know that this was just a royal, young adult type of story.

There were a lot of things that I adored about our main character America. First of all, her name is just gorgeous! She is a very compassionate person to everyone, and I really loved her relationship with her maids–I feel like showcasing her sweet side and treating them as regular human beings rather than their castes was very moving. I even started wanting her to be a princess! However, I loved the fact that even though she was friends with Marlee and is clearly hoping for her to win the heart of Prince Maxon, she doesn’t use it in full force, you know what I mean?

Now let’s discuss the issue between Aspen and Maxon. Honestly, I was on Aspen’s side in the beginning but on how reacted to America in the tree house made me rethink things too. So, when the friendship with Prince Maxon came about, I literally started falling for him too. I personally wanted to shake America like what is wrong with you? This guy is amazing! Of course I can’t do that, but at that point I was frustrated with her. For anyone who has read the first book, what did you think of America basically figuring out who she liked more? I’d like to get your thoughts on this part.

Have you read the first book in the series? If you have, did you make it through all of them? Please don’t post any spoilers below because I would like to read the rest someday.