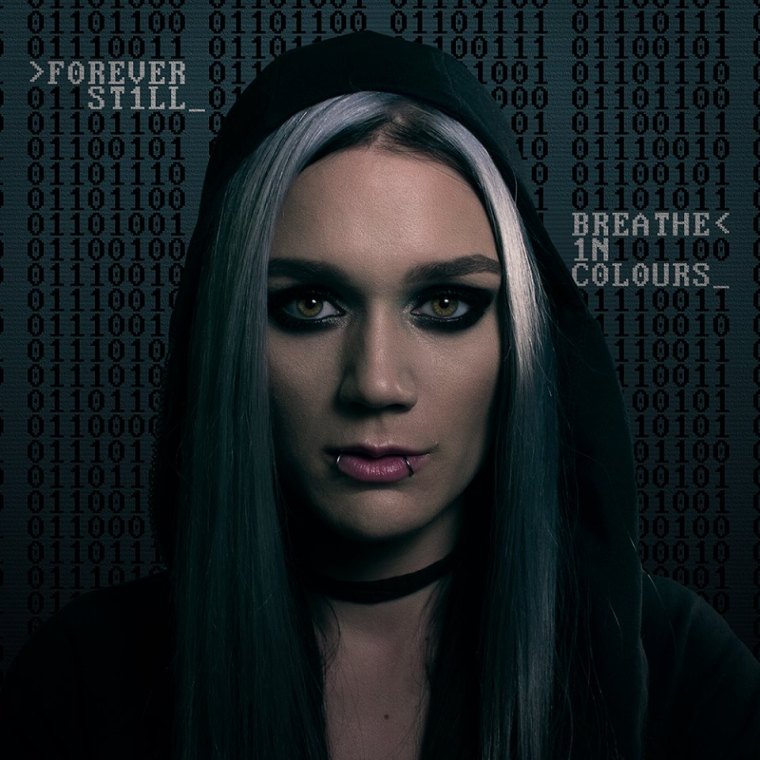 Today I will be talking about another album that just recently came out this month. I’ve already talked about this band back in 2016, but now we have a bran new release and I am so excited to do this review for you! I’m also really happy to finally be able to listen to all of the songs too, since I’ve been trying to save them specifically for this post.

Forever Still is a female fronted band straight out of Denmark. The group consists of Maja the lead vocalist and her band mates: Mikkel, Rune, and Inuuteg. They make some really fun and exciting hard rock music. You cannot tell that they are an international band, and Maja is true rocker as she has an amazing voice for both singing and screaming! If you’ve never heard of them or want to make your own judgement about Maja’s singing ability then you should check out the rest of their music afterwards.

This album has a total of 12 tracks and we start it with a song called “Rewind”. It has an eerie introduction that only lasts a few seconds and immediately hear this static-y sound before Maja starts singing. I enjoyed the familiarity in the entire song. I don’t listen to them a lot, much less rock music, as I used to so it was nice to instantly fall back in love with the band again. One thing that I noticed was the range in Maja’s voice. Whenever she went up to do those high notes in the choruses, you could hear the power. It wasn’t forced so it was perfectly done. I really liked this the most I think. Next, there’s “Fight” and you have this hard, head-banging kind of song. It still has these softer notes in it, which I ended up liking a lot more than I thought I would. I also want to say that I think Maja has learned the safer way to conduct her screams, because it did feel a little bit held in parts, it wasn’t as intense as I’m used to hearing it but that doesn’t mean it was bad though.

Our third track is “Breathe In Colours” and this is much more gritty compared to the first two songs. When it starts, you think it’s going to stay in one lane but it doesn’t, everything changes during the choruses. One giveaway for this, is when Maja suddenly goes quiet and whispers a few words before screaming into the microphone. I like the commanding presence it had, I wanted it to continue on and on just so I could absorb that vibe a little bit more. I think it’s my favorite, but we have to keep going to see what else we have on here. “Is It Gone?” was actually on one of my favorite rock stations, Sirius XM Octane a couple of weeks ago and as much as I was excited for them to be played on there, I forced myself away and I was really sad I did to myself. The song itself is really light, it’s not obnoxious like I thought but I really liked it for what it was, a really hard rock song that is perfect for radio too!

We move on to, “Survive” and I really hoped for another loud, in your face type of song and that’s exactly what I got! It was strong and made me chill out, which was strange in a way because usually this type of music has the opposite effect. I have to point out though, I wasn’t just swaying side-to-side, whenever the pace increased, I was head-banging right along to her screams! It was a good and interesting mix! Number six was “Do Your Worst” and this is a monster! From the time it starts until the ends, it’s just intense! Maja does a lot of singing in this one, but I actually prefer it, you can feel and the emotions coming out of her in this, and that was what really made me fall in love with it.

We are almost done, and I am already sad! Next there’s “Pieces” and it’s another light rock song. The screams are not at the forefront of the song, so instead you hear this angelic singing and mysterious choir in the background too. It was really great! We go back to the heavy hitters in the eighth track, “Rising Over You” and it actually gave me “Scars” vibes in various parts of the song. If you don’t know, “Scars” is one of my favorites on their previous album, so the fact that we have a similarity between these two songs kind of made me worried at first, but this is a completely different song, and I’m glad the whole thing a whole new identity.

We move on to, “Say Your Goodbyes” the song that I forgot to write down on my list before I got started on this post. It happens sometimes, especially with me! Anyways, this has a darker direction but the sound itself is not muddled, meaning the softer and gritty sounds don’t overwhelm each other as they trade off. Our final song, is “Embrace The Tide” ends this journey on a very easy-going note. It’s not in your face, heavy, but it still has a soul with the orchestral elements added onto it. I really liked, even though it isn’t what I would normally like for the end of this album, still it’s really good too!

I know I mentioned in the beginning that this had twelve songs on here, but I don’t normally like to talk about acoustic versions of the same song I just listened to. Normally I do say something about it, but honestly I don’t really care for acoustic songs, so I apologize for the false advertisement there. Other than that, this was a really good album. I really actually surprised in a way because I hadn’t seen that much about it online, so I was a bit scared going into this. Second albums are usually a hit or a miss too, so that was my other worry about listening to it, but we’re good! It was a great album with some nice changes too.

Have you heard Forever Still’s new release “Breathing In Colours” yet? If you have, what did think of it?  Do you have any favorites that you’d like to share with us?

2 thoughts on “Album Review: “Breathing In Colours” by Forever Still”