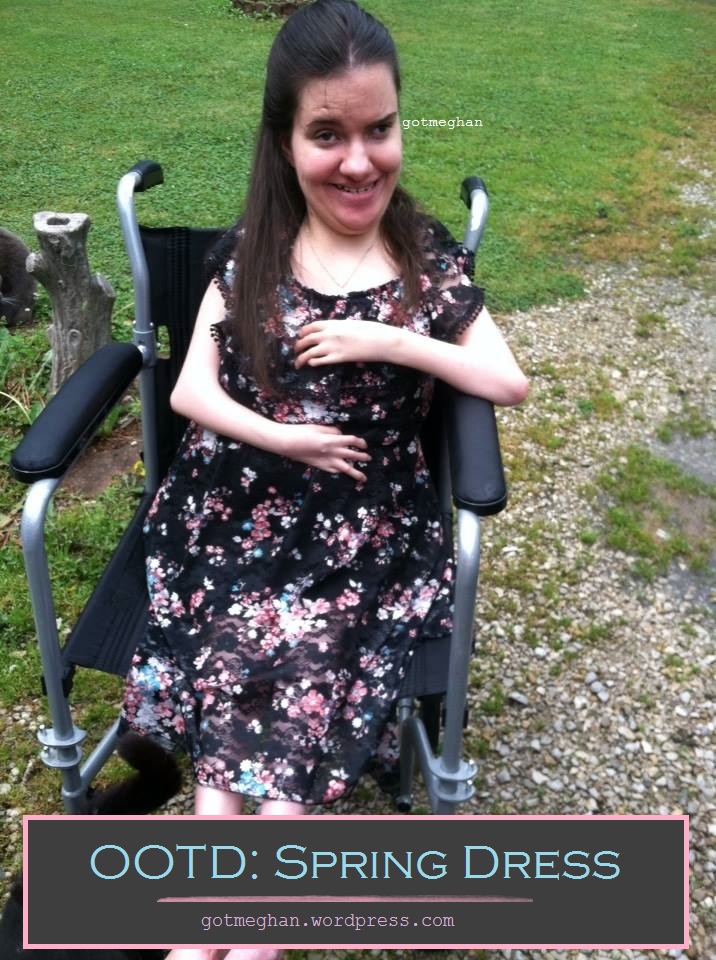 Today’s post is about what I wore to my sister’s bridal shower last weekend! As you can see, I wore a dress!

I wanted to get something nice to wear at Blondie’s bridal shower and for some odd reason I just wanted to wear a dress. I have one in my closet but I haven’t tried it on since 2015 so I was unsure if it was going to fit and I didn’t want to wait until the last minute to see, so I had mysteriously committed myself to wearing a dress! One day we were at Walmart and we were looking around and they had a small amount of casual dresses in the store, but we had found these three different colored lace-y dresses and I was kind of into them, but I was still second guessing myself.

As I’ve mentioned in the past I have a lot of insecurity issues with different areas, mainly with my stomach and arms. I’m not considered skinny around my stomach and waist, sometimes I get down about that because I know I can’t say it’s muscle like I do with my butt, so I have a hard time feeling beautiful in my skin. The one place that tends to really bother me the most are my arms. They’re just there and get in the way of my tops that have pretty designs in the front.

We were in the food department and I kept thinking about them. So I talked my mom into taking me back to where they were and she and I agreed on buying the black one although I had seriously considered the baby blue instead! It came with a nice light brown belt that I really liked! The dress reminds me of like Spanish inspired, because of the neckline and ruffles of the sleeves. I really like the lace-y texture of course! I wasn’t really into the pink throughout, but I am slowly coming around to the color in general now! It has some baby blue flowers in there too – I just really loved it!

One of our concerns was obviously the shoulders, I can never find anything that will actually stay up on my right shoulder. So my mom had the idea for placing a safety pin on the back to help it from falling down. I absolutely hate safety pins! They make me feel uneasy and I always feel like it’s going to undo and poke me, and I do not want to do that anywhere around my back. So she thought about tying the clear straps that you put on your hanger together and hoping that it would be enough to keep it up and surprisingly it worked and I was very happy about that!

I wasn’t going to mention this, but figured I probably should. Since I was going to be around a lot of people and ended up participating in the shower quite a bit, my mom put me in a pair of shorts. I mostly kept my feet somewhat leveled but it was something that I just felt I needed to do so I wasn’t worried on how much I moved around. I also wore my “M” necklace with it, because my other one wouldn’t undo for us and I would love to wear it again, not exactly sure if it would go with the dress itself but you know! You might see it in a coming up post as my dad fixed it for us! As for my hair, my mom had half of it in a small clip, she thought I looked very elegant! While my nana thought I looked like a little doll!

So what do you think of my outfit? Yay or nay? When was the last time you wore like a cute and fun dress? 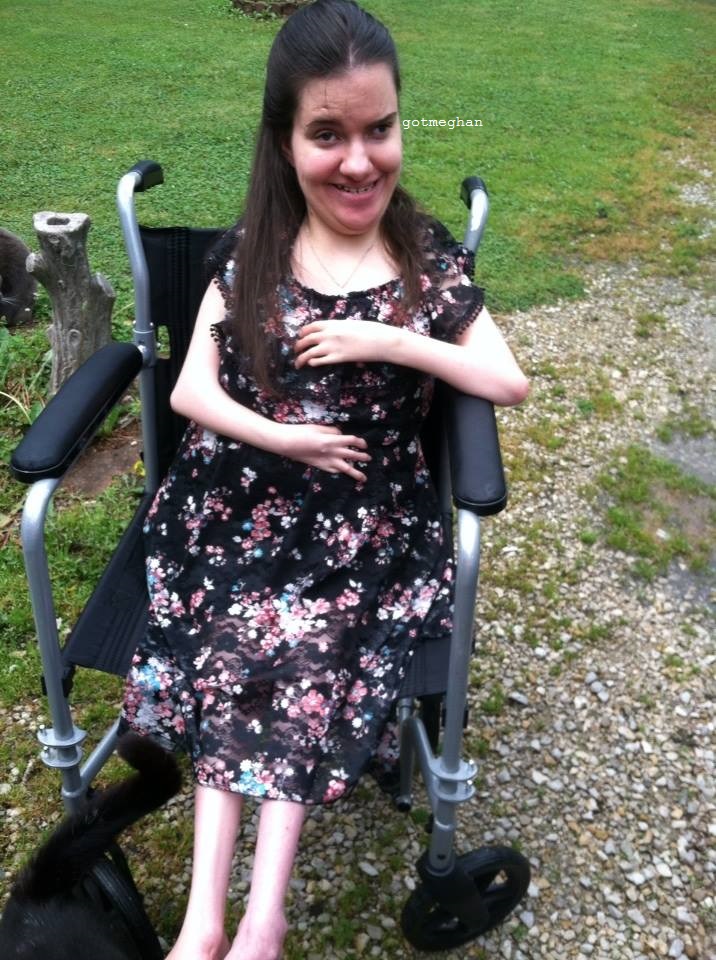