I think I should come out and say my nana has really surprised me on the fact that she’s been so creative throughout this season! After introducing her to all of the popsicle crafts on Pinterest, she’s really put in the effort in creating new things! I actually figured we’d stop for a month and wait until the last week of November to start on our Christmas crafts because you know those are coming soon!

So when she sent me a batch of different crafts for Thanksgiving, (a variation of turkeys popped into my inbox on Facebook one day! It was scary!) but I didn’t make fun because I was a bit worried on what we were going to do in the three to five hours I tend to stay with her on a weekly basis! She took care of that, but that does mean we are quickly running out of our brand new paints and bottles of glitter! 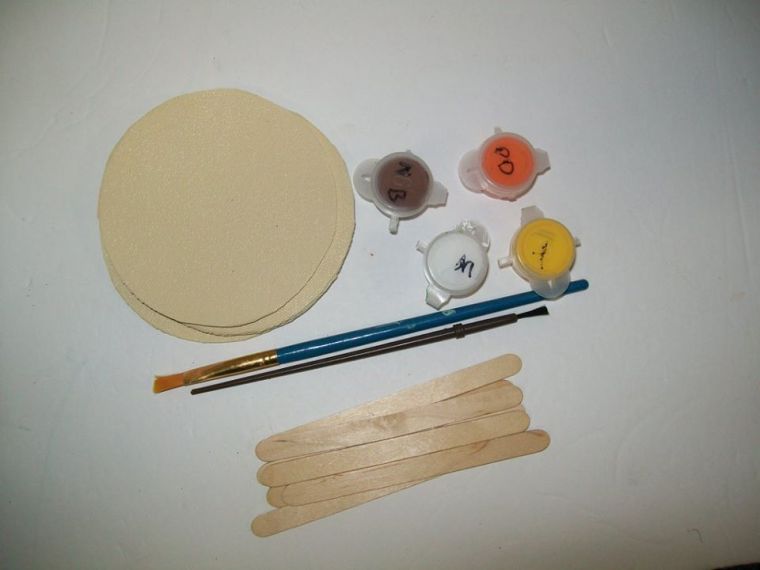 My nana has these old coasters as we’re calling them, they are circular and have two different sides: one is shiny where the other has a grainy texture to it. The last time I tried painting on them, I used the shiny side and it took it forever to dry probably because of how many coats of paint I had to put on it, the one downfall of that side is that shiny texture makes the surface almost slippery, the paint didn’t want to stay where I had put it originally, so it was a pain in the butt! So when we were doing these, I decided to try out the other side and despite the fact I had to put two coats of brown on it, it actually worked a lot better for me!

Before I started painting though, I decided to make my job a lot easier and draw out a half an oval on the bottom of the circle going horizontal for the face of the turkey. After that, I painted big circles for the eyes with white in the upper part of the plain space and once that dried, I painted the surrounding around the eyes and in between with a lighter orange, as it mimicked the flap around its beak. I left that to dry for a bit before I took out the brown again and painted the rest of the area I had made for its face as I didn’t need it anymore. In case you don’t have a brush with tiny bristles, you can use a black Sharpie for the eyes! That’s what we had to use for them! 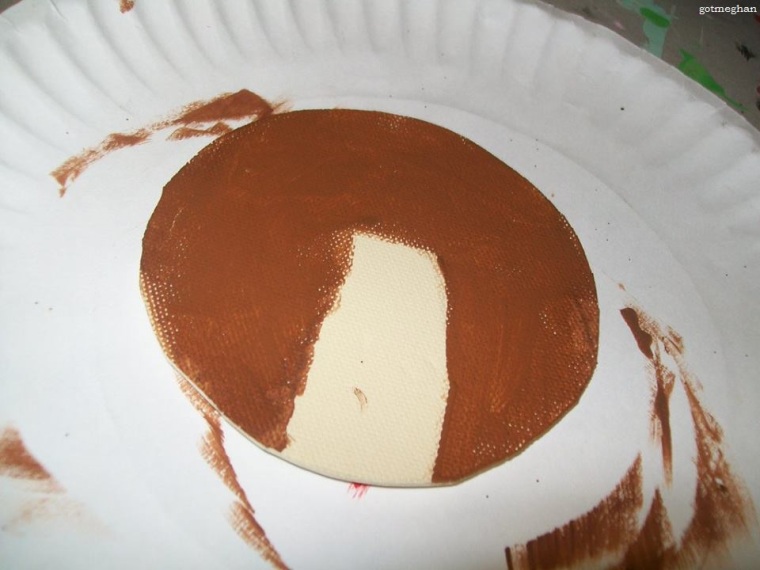 As far as the back-end of the turkey, where its feathers are located at, we used our popsicle sticks and I tried to remember what a traditional turkey’s feathers would look like, so I chose both gray and orange, but again to make things easier on me, copying what I did with its body, I drew lines in different sections of the sticks of where to stop painting! This helped a lot for the gray! I added another coat of orange just before we glued them onto the turkey itself because I didn’t think the color went down enough, and I’m glad I did that because two didn’t have enough!

Anyways, after they were done drying completely, my nana took out her hot glue gun and put quite a bit of glue on the tops of the sticks and laid the body of the turkey on top of it. We had to weight it down with something heavu so they would all stick, but it looked really cute in the end! 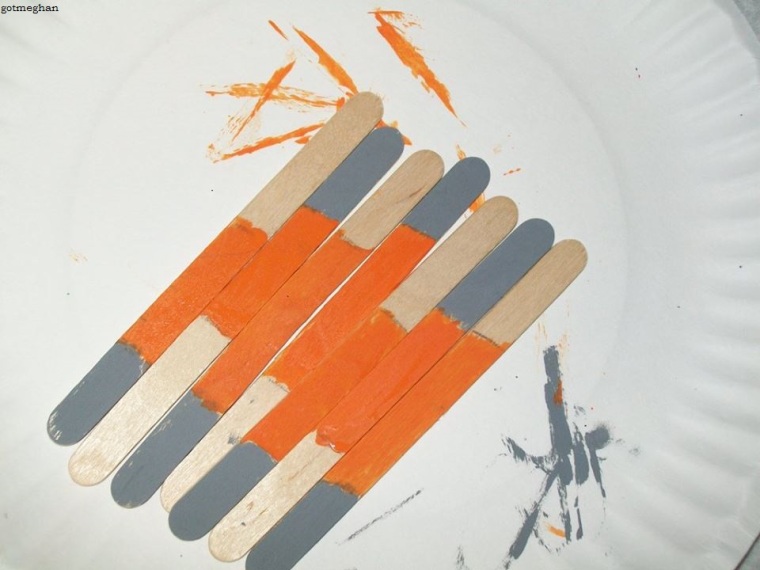 My nana actually didn’t use the coasters for hers, she cut up small circles of left over cardboard and used that as the body for the turkeys instead! Our methods were the basically the same past this point. We both started using popsicle sticks and the first one she created as painted in different colors that matched (or slightly) the glitter that we had left… Afterwards, she cut up a spoon-like shaped face for it with construction paper and used tiny parts of the paper for the mouth, she used white paint and the Sharpie for the eyes! She originally wanted the rest of the body to be covered in glitter, but when went cleaning in her office again, we found bend-y paper shavings and she glued those on it instead!

Her second turkey is mostly the same method as the other one, but the only difference was the body and “feathers” are covered in duct tape! And with using the duct tape too, she only had room for four sticks as to the original six we used for the other two! She had rainbow tape left over and used it instead of painting the areas. She did have to cut out another spoon shape for its face again, and everything about that is the same as the one above!

So what do you think? Would you want to re-create your own turkeys for Thanksgiving or fall in general? 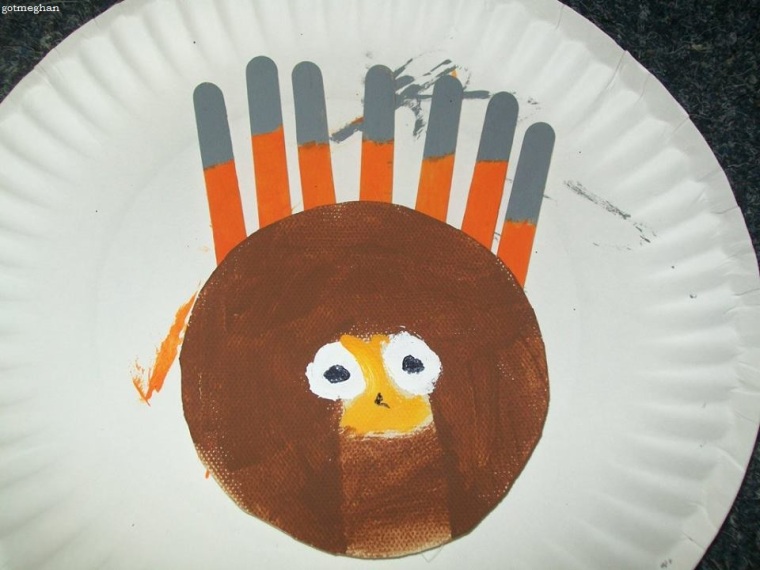