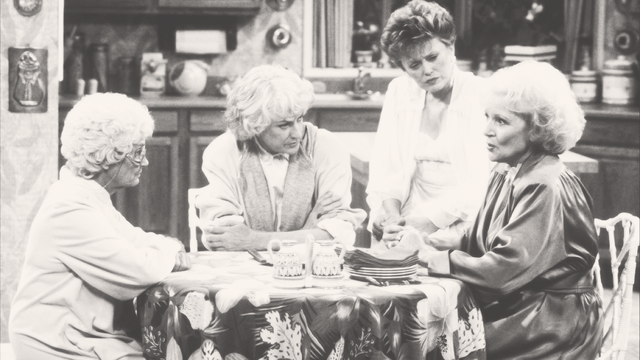 So today is my birthday, it seems a bit strange that it doesn’t matter how old I will turn in the years ahead, I will wake up more excited than the last! One thing that is a little fun to wake up to are all of the Facebook notifications of my friends and family leaving me with a simple “Happy Birthday” on my wall.

I had went back and forth of what I wanted to publish on my actual birthday, I thought I would write up a post full of 25 thoughts, but I feel like I should have started on that back in June like I wanted. This one has been popping into my brain an awful lot lately, so I thought it would be a comedic relief that I might need after dealing with anybody calling me old or themselves.. Or I just might get lucky and my dad will just play the game of “it’s not your birthday, it’s mine.” He’s been playing that ever since I’ve been reminding everybody of how many days I had left.

Anyways, I don’t know if anybody has seen the “three fictional characters” around in your friend’s social medias, but it was pretty big among the blogging community! The game is you pick three different fictional characters to describe and I didn’t necessarily want to come up with three, despite the fact that I did figure out two of them! One was Dorothy Zbornak from The Golden Girls. I’ve seen every episode over a hundred times and I’ve gotten to the point that I like watching them for 2 hours and it can sooth me enough to put me to sleep at night!

In the amount of times I’ve watched the show, I’ve mastered of who sounds like me the most…. Funnily enough, all four characters I have a couple of characteristics that sound like me. For example: Sophia and Rose love to tell stories, some are meaningful but the rest of them are just down right ridiculous! I can tell stories like that too! I’m also like Blanche in the fact that she’s like who I’d love to be, so in other words I want to be a “slut puppy” as Sophia would call her! In all seriousness though, I am more like Dorothy than any of them for a number of reasons!

I have to say the only friends I really have are my nana and all of my online friends… I don’t feel like I’m the “bestest” friend because I just stop talking to people, in my defense though, it’s not all me that stops talking! Anyways, like Dorothy though, since there’s nothing better to do I have an obsession with Jeopardy (I’ve gotten three and a half Final Jeopardys right so far!) and I may or may not want to be a contestant on the show one day!

2.) Still lives with my mother (and father!)

Unforunately, this isn’t something that I can control. I tried that after I graduated from high school but it just didn’t work! Thankfully I know better now! I still have hopes that maybe one day I can have like a 24 hour nurse to stay with me but right now, yeah, still at home with my folks!

This sort of goes with the first one! I don’t date so I don’t have sex either! This was what made me realize how much I was like Dorothy after thinking about it more and more. So sad!

4.) Lastly, I have an array of sassy comebacks!

This is apparently a family trait, which considering Sophia was full of sassy things to say, Dorothy’s comebacks could have came from her too! Unfortuately I think of mine too late so that the moment has already past and I can’t say it anymore, which sucks I’m not going to lie!

When you can find two or more reasons of why you are like that character, you know there’s really no denying it, you are that character! After that initial thought appears, I realized that Dorothy is essentially is my alter ego! Even though I am still very much Meghan, the disabled lifestyle blogger writing about silly things on her blog when she should be with her friends at some strip club getting hammered and might possibly having a one night stand! See, I told you I was like Blanche too!

In the way my life works that theory just doesn’t exist anymore. I’m actually happy about it though! Don’t get me wrong, I have days where I just want to crawl up in my bed and never leave it because I’m so depressed about how my life is going, but I also have to say, it does have its perks with not every day being the same where for a while is was. I tend to have the same routine, but there’s just little things that I look for that can change the whole atmosphere of the day! That’s why I still look forward to my birthday because I know it could be just like the last one, rainy and absolutely disgusting but if I know what to look for in the day, it’s different, it lifts the mood of the day and makes me positive again!

Which character do you think sounds the most like you? If you can’t think of three of them, I’ll settle for just one!