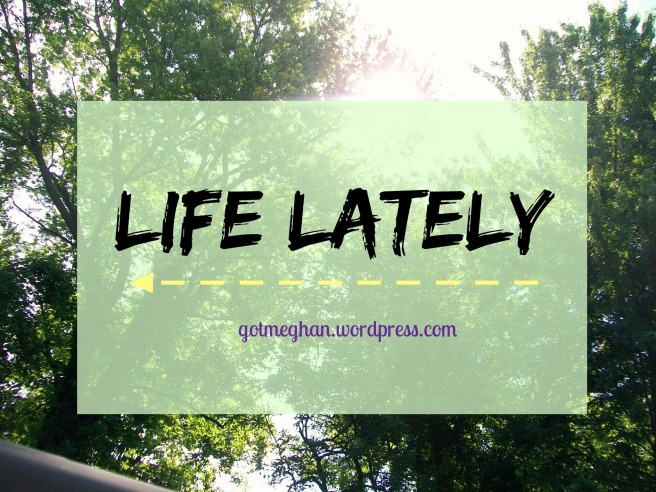 It’s been a while since I’ve published a “Life Lately” post so I thought I’d do one now as I actually have cat pictures to include at the end and let’s be honest, that’s why you’re really here for anyways. You’ll probably skip this whole thing and go for the pictures. That’s okay, though. It’s not like I skim through my favorite blogger’s posts and look at the pretty and sometimes delicious photos!

I think I should clear the air a bit about a recent post I published this week called Blondie’s Wedding Dress. Apparently, people have been wondering what my sister thought about what I said about her dress. I’m pretty sure there are more out there that didn’t want to say anything and were wondering the same thing; which is normal, I figured that would happen. Em knows that I didn’t mean any harm in it and I was only being honest. I still think the dress is pretty, but if I was to wear it, I wouldn’t and that is MY opinion on it. I don’t think she should be upset about that. If she likes it and feels comfortable and beautiful in it then screw what I think! My opinion might change when she walks down the aisle, you never know.

I don’t know how many of you follow me on Twitter but I have recently completed Game Of Thrones. I’ll be totally honest, I didn’t start watching it for Jon Snow, I mean, yes I was curious about his death on the show but that’s as far as my interest went for him went I swear. Two months ago, Showtime had aired the last episode of The Tudors and she appeared as Anne Boelyn’s ghost and I’ve been going through a bad withdrawal from her in general. So she’s the reason why I started watching the show! I also thought between GOT and The Walking Dead, which one wouldn’t have zombies in it? And that theory came back to bite me in the ass! I like it, it’s very bloody and graphic but nothing will be able to top True Blood in both of those categorizes.

Now let’s talk about life; things are slowly getting better. I’ll have my bad days here and there, but that’s become a normal thing for me.

The other day, it was a beautiful summer-y morning, slightly breezy but when the sun came out of the trees, the heat was nice and warm on my shoulders. I sat out in my wheelchair with all 9 cats as they rubbed up against my feet and tried to attack my camera as I tried to snap a few pictures of them. Every time I go outside, I try to get a couple of our trees. It was glorious and the final result looked even better! I went to my nana’s that day and we talked and talked and then we eventually went into my papaw’s room looking at his baby book and some of my great-grandparent’s things. I just loved it! I love sitting in my little area around his bed and bookshelves, it’s a very calming place to be for me lately.

Do you have a certain area of your house or somebody else’s house that you like and is your nook? 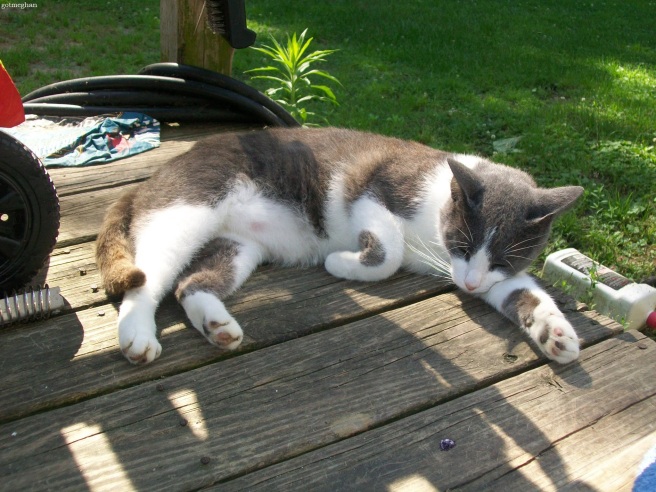 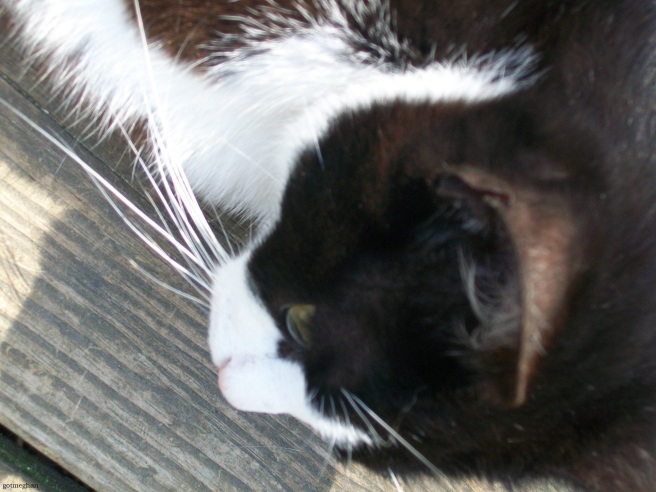 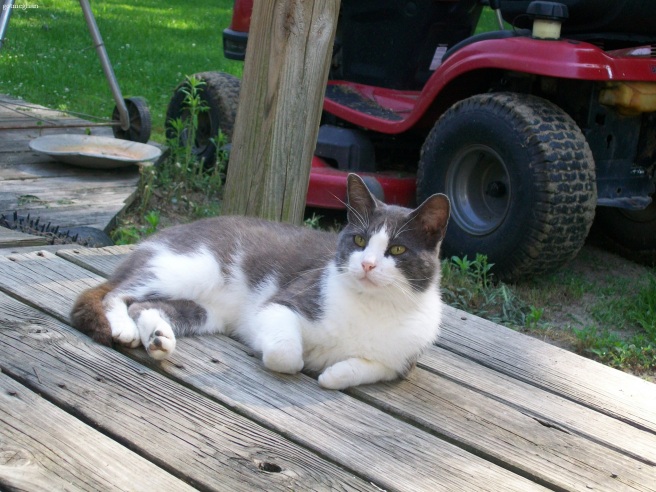 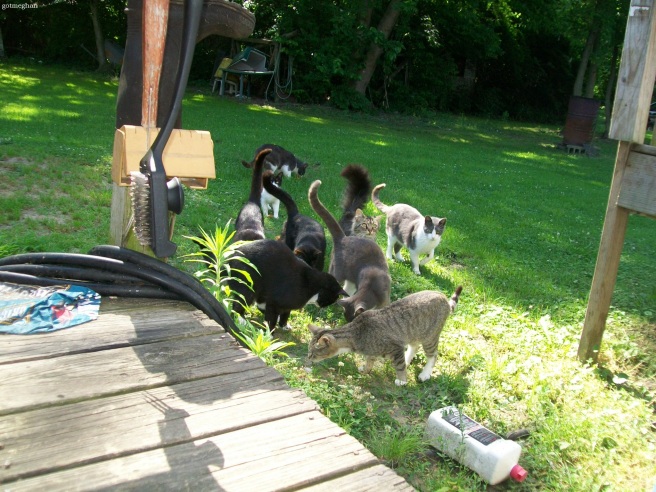 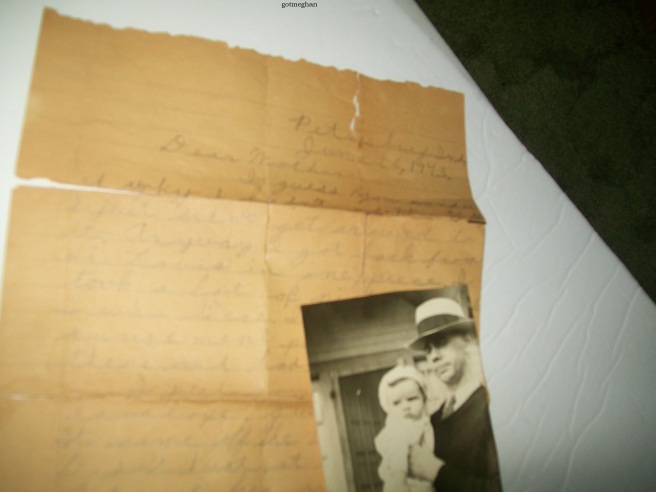 One thought on “Life Lately | Game Of Cats”