I am LOVING her new song!! The title track of her brand new album, “Confident” comes out next month! I heard this song last Monday and I was soooo happy to hear something strong from her. She is a very powerful woman and this song just represents a very confident woman well. I love the introduction just a little bit too much, which was the reason when it came out on my TV I actually took my toes off my remote and actually listened to the song fully. I love the fanfare of horns and drums; that combination makes for a fierce starter! I’m a little over with the repeated phrase “what’s wrong with being” in the chorus, but it is very good!

It’s a lot better than “Cool For The Summer” and I understood the reason why that song was released first because it was the end of the summer and everybody likes a good summer-y song. I thought it was a bit cliche but this made up for it! I haven’t been a really big fan of Demi’s music, my sister is of course definitely addicted to her as an individual and music. I’ve always been neutral. I am ready for this “new” side of Demi Lovato though! I want to see this fierce woman bring brought out in this album, so I’m excited! 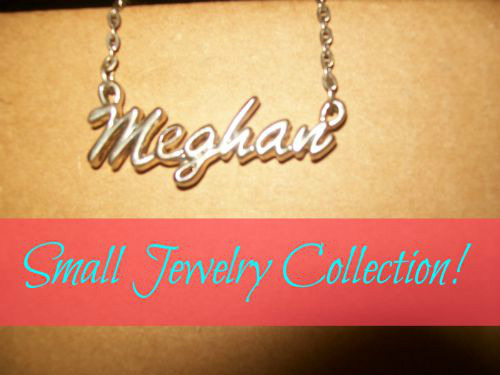 As somebody with a disability, my wheelchair(s) have always been MY accessory. My electric wheelchair being the bulkest, obnoxious one of all! I’ve always loved jewelry. When we were kids, my sister and cousin and I would be over at my nana’s late at night for a visit and she’d be looking through her jewelry box for a necklace or a pair of earrings. We would find these little gems as treasure because majority of them hadn’t been worn in a really long time, so they had dust or cracks on them. I think Blondie and Kristi tried on a lot of the jewelry back then, especially the earrings. I was the last one to get my ears pierced in 2010. It was a disaster but I did like wearing my little music notes and guitar earrings.

As I’ve explained in some of my posts before, having my condition Arthrogryposis my arms and legs are very skinny. The disease affects my joints, I have hardly any muscles in these areas. The only way I can describe how small they are is by comparing them to a toilet paper roll. I think my wrists are a little bit smaller. I can’t wear rings of course, because of the fact my fingers are so tiny, rings of any size just slip right off. So from a young age I’ve had a serious hatred for them. I can wear rings on my big toes, but I’ve never really cared for them. My art teacher back in Elementary got me one and she said something like “we match now” since I’ve always wanted to be like everybody else this was my alternative. I think I only worn it for less than a week before I gave it back to her. Rings are just not a favorite of mine.

I’ve always loved necklaces and bracelets though! The only problem with the longer chain of necklaces the actual charm or whatever is like covered up by my left hand. 90% of the time my mom has to put the charm on top of my hand so it’s visible. I either need to get a shorter chain or a really long one! I have one that is lost and it’s one I got at Spencer’s one time. It’s silver and has a gothic frame of a Victorian lady in black and it sooo screams me! It has a long chain and it’s pretty heavy, so it actually goes past my hand! Leave it to me to lose it! And then I have my two special necklaces. My mom and dad named me “Meghan” six letters and we hardly ever see anything like mugs, necklaces, etc with my spelling. So I’ve always had a “M” necklace. It works, I actually picked it out at Wal-Mart because I didn’t have one and then a few months later while my mom and dad went shopping they were in the jewelry section and she found MY NAME on a necklace and had to buy it. Unfortunately for both of them, I hardly ever wear them, mostly because of the hand thing.

As far as bracelets go, I love them!! I’m actually okay with the fact I can’t wear them on my wrists. I do actually have one bracelet that can fit on my tiny wrists. I got it for Christmas a couple of years ago from my friend Tabby from England. It is a friendship bracelet, it has this heart charm that has a key entrance in the middle and it is incredibly small but fits like a glove on my wrist! I almost cried when my mom put it on my arm for the first time, because it’s so difficult to find anything that’ll fit.  If I do wear it, I rather have it on my right hand because it’s much lower placed on my body. Tabby has the other one that has the key on it! My mom recently got these animal bracelets she found at CVS, she likes to wear different bracelets and has worn a few of mine before! I have like two, I have a purple/turtle and rainbow/elephants. There are supposed to mean something each one but I don’t have a clue what these two mean so I’m sorry! The first bracelet I ever bought myself was when Blondie was at school up north.  We went into this artisanal accessories store called CeCi’s by this lady, I found this orange bracelet that had spikes glued onto the string. It can be considered a cuff I guess. It fits on my legs like a glove and it’s honestly my favorite bracelet! I regret not getting the red one that day too!

I have a small batch of bracelets that I got in the span of two years I think. I got this pack of bracelets once in Spencer’s again. They came four in a pack, black and silver with different charms. I have one that says “Love,” a cross, skull, and the last one was a bunch of silver studs. All of them have a elastic band so they can stretch and slip onto my feet. My heels are VERY large so this is considered a brilliant invention! I have another bracelet that has skull and spike charms going through around it. It is black and a dark gold shade. It brings out my rocker side! However, not like my big one! I have another cuff I got from that place CeCi’s and it’s huge! It also has giant spikes on it too!! We have a saying in my family, that it can be considered a weapon!! I have to be extreme careful whenever my mom goes to lift me up so that I don’t stick her! This is definitely my favorite of the bunch!

I think that’s all of them!! Hopefully in my future OOTDs I’ll actually remember to wear some of them so you can get a glimpse of what I go through wearing each item I’ve described. 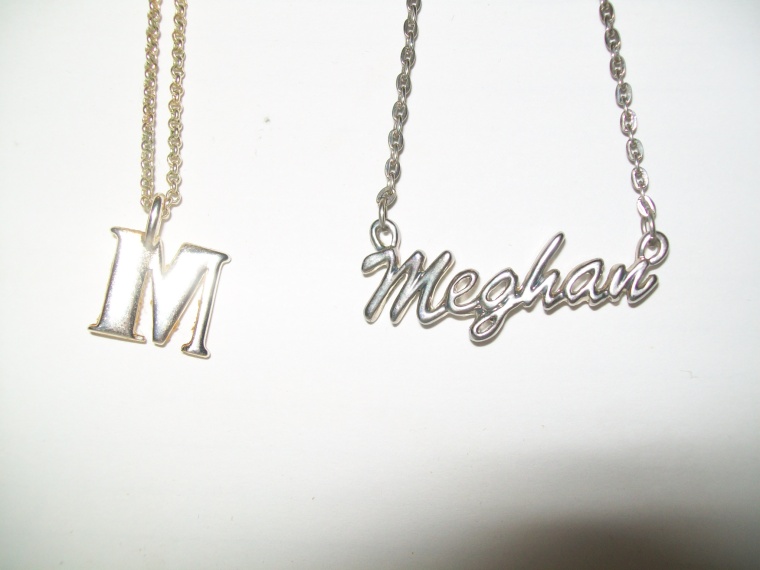 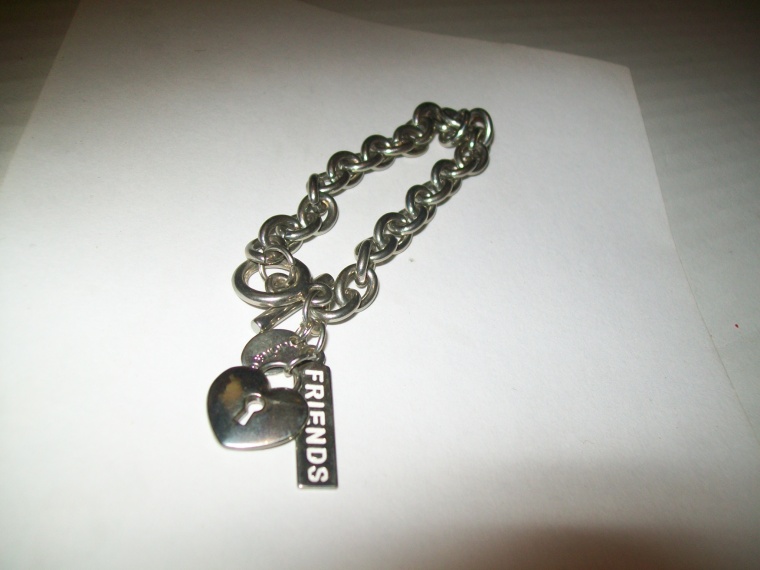 I have one real weakness in music. Difference.

It’s one of the things I strive to find in every genre, artist or band. I like to be surprised with my music. I always go for things that are a little out of the box. I get bored with what I hear on the radio and even on my iPod that whenever I get into this mood, I have to go out of my way to find something out of the ordinary, but maybe in a way that’s a good thing. It’s almost like a secret club, you’ve invited to listen to something different and everybody doesn’t know about it and when they want to, you get to be the one to invite them in or keep them out.

I am a big fan of instrumental groups like Finnish group Apocalypatica to all female French group Elikpse and lastly American violinist Lindsey Stirling. Now I’ve found a duo called Black Violin and they’re from Florida. These two dudes creating music with only a violin and viola, but they’re songs are in all types of genres. I found this album on Spotify after not having it for four days! Technically I saw this as a win for me! Truth be told, if I see a violin or piano as a cover for anything, music, books etc there’s a pretty good chance I’ll cave and check it out. When I put it in my Starred playlist, I thought it was only one song. Nope, it put ALL 11 tracks on it. While I was busy removing the tracks on the playlist, I kept up one of the songs included and figured out my first theory was right. Kev Marcus and Will Baptiste are creating beautiful music with real instruments, but they’re doing it in different genres! I was sold and I had only heard one song!

I had originally wanted to do an album review, but I decided to shorten it down because there are far too many songs for me to talk about, I’m really sorry! Honestly though, their title track “Stereotypes” is amazing!! I think the story behind each part has like a double meaning to it. The song starts off pretty slow, almost creepy like and it breaks off with each one going on their own in different sections. These are classical instruments that you’re used to hearing in symphonies and during ballet showcases, but they have made this song sound more like hip hop. I’ve always felt that with hip hop music there’s a firm tone to it, almost like when an artist has said something truthful or what they care about, You can feel the emotions through the music too. Although it’s a very strong sound, it’s really simple too. You can basically only hear the violin, viola and synth beat. I mean, that’s it and sometimes that’s all that is needed to create something interesting.

And then while you’ve got this incredible music, there’s the word part; It’s not lyrics or a poem really the first section is of different voices, women, men, and children saying what the definition of the word “stereotype” means. I thought it was very interesting to not use that in the actual song, but while this section is being played on the music video you’ve got people in different clothes, whether it’s a doctor’s uniform, a young girl in a dress, or a guy looking like a “terrorist” since us Americans think everybody from the Middle East is out to kill us. We stereotyped them because of what happened in 2001, which I understand why people would but not EVERYBODY in this world wants to kill people. Some of us want world peace. I love the last bit of the song though! Since I don’t know who is who because I just found them, but one of them says what his perspective of what people tend to think about him and how he feels about stereotyped. It was all very educational in a way!

If anybody is curious I have listened to the whole album and it’s like REALLY good! You should definitely check it out!

Have you heard of Black Violin before? You may have, just so you know! What do you think of the concept of this song? What’s your thoughts about it?