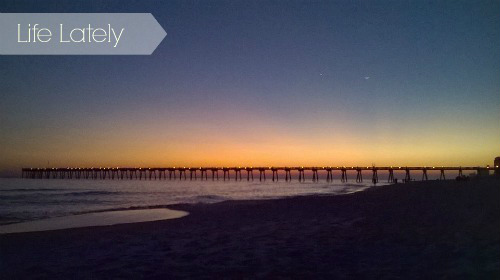 Happy Father’s Day! This past week hasn’t brought anything new and so this post will probably be short too. When I schedule posts, I try to separate them out so I can have room for ones such as these, OOTD, and flash fiction posts! Whenever I do this, you usually get four posts in a week. I just checked and if I don’t decide to switch anything out, there will be five posts going out this week. This one being your starter! I haven’t had a WHOLE week of posts in months and I actually love only having three go out because it gives me a chance to have a break and I’ve been seriously addicted to scheduling posts ahead too. I just hope I don’t annoy the living crap out of you guys!

This past week, we’ve been dealing with the aftermath of Hurricane Bill I guess, I kept hearing the name “Bill” everytime I was on the local stations whenever they were discussing the weather. We’ve had nothing but rain and storms. I do have to say, I’m happy we don’t live around the ocean because you know they got a little more than just tiny thunderstorms, they got the hurricane itself! No tornadoes or power outages either! Since it’s done nothing but rain, I’ve been really stuck indoors, I haven’t gotten to see the babies much. I got my hair washed last Sunday and my mom puts me in the push wheelchair so I have somewhere to go after she’s finished. Even before she got started, I spent a few seconds trying to relax and not freak out about going on the kitchen counter and being at the edge of it. I’m deathly afraid of heights and this always freaks me out! Sometimes I do better than others, but anyways the cats were at our back door and the babies are still nursing off of Bootsie, Midget, and Wren. Ozzy (who is our gray/white kitty!) was nursing off of Midget and she decided he was dirty, so she began licking his neck and top of his head. Well, he was returning the favor a bit and was cleaning her too. It was so cute! And then I guess it felt pretty good that Ozzy put back his head and completely fell over backwards. My mom and I just burst out laughing! He seemed pretty unphased by it afterwards.

Our first baby, Tubby has been coming back around the house lately. For the whole winter we thought somebody had him inside because he was bulky and really nervous being around us, which made us really sad! He’s our lovable kitty, he’s the one who use to give Blondie hugs! He’s like a dog I swear! Well, since he’s been spending majority of his time around our front porch because everybody else is in the back. Yesterday I went over to my nana’s and when we came back to the house my mom put me on the porch and I spent a few minutes petting Mr. Tubster. He’s so sweet still and loves rubbing up against my feet! Late that night, I was about to head to bed and I guess my mom went into the kitchen to check on the babies one last time and found Felix (who is apparently a girl!) and Otis cuddling each other on the porch and my mom just scooped them up and brought them into my room for a bit. Felix is from Wren’s litter and she’s a little bit afraid of humans still, but she was really calm this time around. She’s definitely a lot bigger than Otis and I love her big eyes! Otis was getting his mommy lovings! My mom just loves him so much, but he’s been getting more curious of his surroundings and everytime we let him down on my floor or bed, he wants to roam! And he is a fast cat I will say that!

Late last week, it was Miss Chevy’s birthday. She turned three and it makes me feel so old! She’s still this itty bitty little baby in my head. She got a Minnie Mouse themed birthday party! My mom and dad went out to Wal-Mart and got her a few outfits and tutus. Apparently the tutus were my dad’s idea! The other day she came over and she wore this bright green tutu and she looked so cute in it! So now she’s got more! Now I’ll be honest, I love Frozen and my mom knows it but she keeps forgets which character I like the most, which is Olaf! She came home from shopping with two new pairs of shorts for me and she also got me an Elsa shirt. So now Chevy and I both have Frozen shirts. I’m twinning with a 3 year old, how sad am I? Teresa made her cake for her. It was REALLY adorable! While we sat outside, the sun decided to make its first appearance in a while and the clouds faded. The temperature was hot/humid but it wasn’t as bad! The bugs weren’t even that bad either. However, there was mud everywhere and a normal person would want to go through it as hard as they can, but Chevy and I weren’t in the mood! She got a new pair of shoes and she didn’t want them to get dirty and took them off after five seconds of putting them on!

The kittens pictures below are of Penelope aka “Nelly,” Felix, Oscar, and Ozzy! All three are of Wren’s babies and figured out all of them are girls! We’re trying to switch Oscar’s name, but we liked “Felix” so much that we’re keeping it. Poor things! Well I hope everybody enjoys their week! ♥ 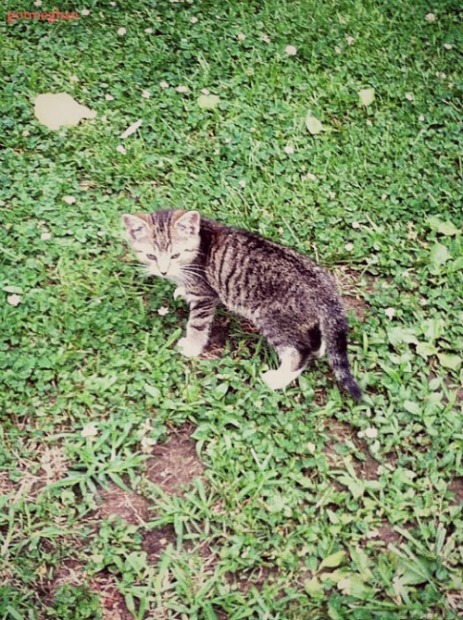 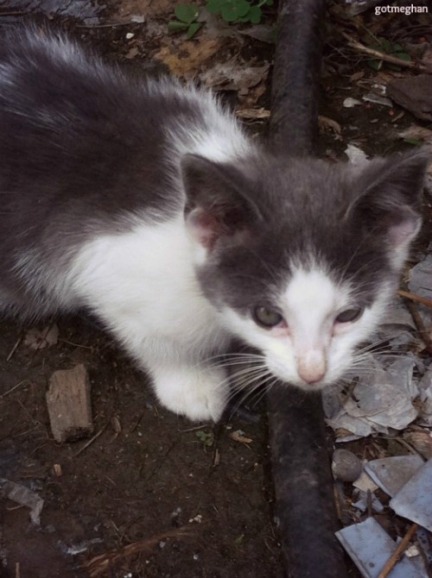