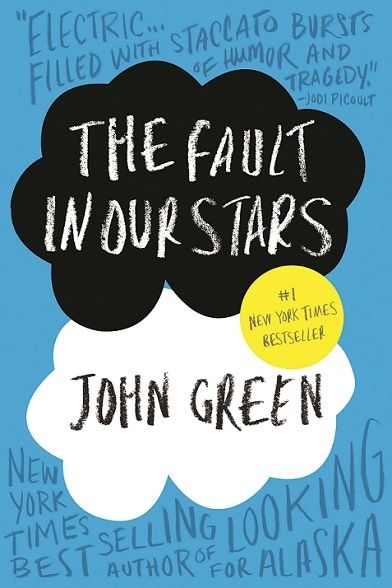 It’s been MONTHS since I’ve actually done a book review! I haven’t been wanting to read lately and it sucks because I’ve had 2 books that I’ve had in my Kindle for several months now! My mom can read a whole book in one day–even though she’ does laundry, dishes, makes dinner, etc–I am the slowest at reading books and watching films and I don’t have a clue why! Anyways, I got this book when the movie and the hype was at its peak. My sister had gotten it on my Kindle to read and she had it for I think three days and then went to see the movie with some friends. She thought because she didn’t cry from either one that she was heartless! I’m happy to say the other day she came home and watched it again, but this time made our mom watch it too. They both cried!

I didn’t exactly know if I wanted to do just a book review and that’s it, but I think while I’ve got both still fresh in my mind (for now) that I would do a little of comparing the differences between the film and book. To make my life a little easier, I actually made myself a mini outline of different things that happened in the beginning of the book that I thought I could share in this post. Like for instance, in the book, the story takes place in Indiana, which made me feel at home because I thought it was hilarious to read the references of Pacers, Butler, and how bipolar Indiana weather can be. The last one is completely true by the way!

Another thing – well, actually two more things that go along with what I had included in my outline. In the beginning chapters, where she’s at the mall with Kaitlyn or her mom I don’t remember, a little girl by the name of Jackie comes up to her asking questions about her oxygen tank and why she has to wear it around everywhere she goes, Hazel even takes it off her nose and puts it up to the little girl’s nose to show her that oxygen comes out of the little tubes to help her breathe. I thought it was such a beautiful moment in the book, it even made me cry a bit! Of course, this wasn’t included in the film because it is such a small scene in the book, but for the next section I’m about to discuss I think it should have been. Hazel and Gus talk about “cancer perks” and Hazel voices her own opinions about it throughout the book. I’ll be honest reading this book was strange because in a way, I never expected to compare myself to a fictional character before! Hazel doesn’t like the perks of cancer whereas I don’t like the perks of being in a wheelchair or disabled period.

I finished watching the movie a day after finishing the book, so of course I took a day off in between because I had to think of things that I liked and what I didn’t about the both of them. I’ll be honest, when I finally started reading I knew who were playing Hazel and Augustus. I didn’t necessarily see Shailene Woodley for Hazel Grace. However, I thought Ansel Elgort playing Augustus Waters though was the best idea. I definitely saw him in that role so well! As for minor characters, only Laura Dern, who plays Hazel’s mom, Nate Wolff who plays Isaac, and Lotte Verbeek as Peter’s assistant Lidweij were the only ones who I thought fit the roles.  Everybody else wouldn’t be my first choice. I definitely had a different outlook on how Peter Van Houten’s character would like, and the dude who played him wasn’t doing him any justice. Beside this. I was fine with everything else. There were a couple of things that I felt were more forced than it was in the book. Like, the line that Gus says when they’re out to Oranjee when they taste the food. When Ansel said it, it made me cringe. It just sounded so (weirdly) natural when it’s said in the book.

“I want this dragon carrot risotto to become a person so I can take it to Las Vegas and marry it.”

My last complaint is how the ending went. I just didn’t like it. That goes for what actually happens to one of the characters and the endings of the book and movie. I understand that with films, you have to cut out some of the scenes in the book because they might be unimportant or too small to keep. As much as both made me cry my eyes out, I just didn’t like that change between them. See, this is the reason why I don’t read books that have films made after they’re published. It just makes me more critical. However, I did enjoy reading the book and everybody was right, you will enjoy it more than watching it unfold on screen. When I finally finished watching the movie the other night, I texted my sister like two minutes later and said, I cried more while reading the damn book and it’s true! I did! The last thought I had when I turned off my Kindle was “that was beautiful.” Not too many stories I read get that kind of love from me anymore.

Have you read the book or watched the film? Or both? What were your thoughts about it?

3 thoughts on “Book Review: The Fault In Our Stars by John Green”