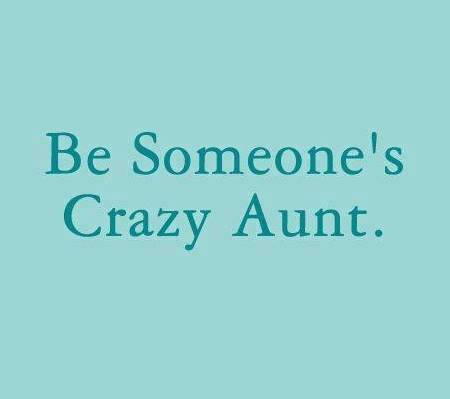 I’ve been trying to find the words to this topic for a while, but it’s difficult to discuss with others. I am an aunt, but it’s with Blondie. No, I have another sister that not very many people know about because I’ve been quiet about the subject. I have only talked about her only two or three times. Even in those times, I didn’t go into full detail about her. I still might be a little bitter about meeting her back in 2011. After every year comes and goes, the day of her first visit with one of her friends is still pretty visible I lose track of the actual date, but it was pretty enjoyable. I was way too excited to meet her. My parents were nervous, especially my dad. They cleaned this house from top to bottom. When we heard somebody pull into the driveway, things began to slow down and after that I don’t remember much. I think without risking going into a deep hole I blocked majority of the day out.

She came over with her laptop showing us pictures and videos of her little boy, we’ll call “T” on here. I’m pretty sure I’ve shared the both of their names on here but as far talking about him now. I don’t like to post anybody’s children without their permission. So getting back to the beginning, I’ve known about him for a couple of years now. My mom and dad found her in the newspaper after he was born. They didn’t tell me his name but they said she had a baby boy. I thought it was strange to find out you had a sister a few years before, then find out you’re an aunt, meet her two years later and three days before you’re supposed to meet your nephew plans change and all contact is lost. I had kept in contact with her friend that came with her to the house, emailed her a couple of times, but like everything else we stopped talking to one another. I took it the hardest. My mom regrets having them come over to the house and while I was there with them. We actually had a connection and a deep one. It was just surreal of how fast things went off the track as it did. It was rough to not have that relationship that I’ve always wanted with an older sibling like Blondie had with me, but it was also tough to get through that Monday not being able to meet your own nephew.

I’m proud to say I think I’ve moved on from this. God can easily bring people into your life but he can also take them out and you just have to accept that maybe it’s for a good reason. I do have Blondie. I still remember during my freshman year (and she absolutely hated me for doing this) whenever I’d have a student play with me whenever they’d do like volleyball or something that I obviously couldn’t do in P.E. I used to talk about her all the time. I just doted her and thought she was an amazing person. I still do that’s why I still talk about her and the things she tries to do on here. She’s been back and forth on the whole kid talk. Years ago, she talked about adopting one from every region and already had a boy and girl name picked out. Now she doesn’t want kids. If I was to believe ego I’d say I’ll never get married or have kids like I’ve always wanted to. So I feel like if we never have kids, having a relationship with “T” would make things better. Of course. things don’t always work out that way. Who knows we both might have kids and everything will be okay. Maybe I’ll become somebody’s godmother too.

Until then though, I’ll be enjoying my time being single and childless.