Boy, can you tell it’s autumn in the Midwest. I’ve started to notice some of the trees finally turn to yellow and orange. I’ve never been to North, South, or West coasts in the fall. So I don’t want to say that Midwest has the most beautiful scenery, but it’s pretty close. In the different years, our fall/winter like weather comes in one month earlier or later, so each year we continue to get more confused about when the temperatures really supposed to drop. This year I think it actually started on time. We had some cooler weather in between August-September but nothing really big until the last two of weeks of September and then we started to really noticing the temperature drop in the evenings. Today, the nice cool breeze we’ve been getting used to in the weekdays has turned into full blown wind and it’s cold. You know when it’s really windy bad, when you’re driving and the wind has the car moving all over the place. For me, sitting in the backseat was no fun because I was actually feeling the power of the wind deep inside the car. Today, was also the first day were I wore my trustee jacket that I’ve had for a number of years. I also kept on my socks (that did NOT go with my outfit! Thanks, Dad.) until we got inside and I found the Halloween stuff and I was gone.

My parents were actually supposed to go to Wal-Mart yesterday afternoon, but they ended up going to Royal King and went out to eat were they had margaritas and my poor dad had one that whoever was to make it forgot to put in the actual mix in the drink, so all it was, was tequila, some fruits, and ice. He didn’t drink much of it according to my mom. While they were there, I was at my nana’s and we were having a fun time. My mom got me some pumpkins the other day, so far we only have two and they are freaking HUGE! She said they looked smaller passing by them but when she goes to pick them up, it’s like she’s going to pick me up. So they are underneath my grandparent’s dinner table. This time around when we do our stuff to them, we’re keeping the aluminum foil under them. We did that to two of our pumpkins last year and it actually was the smartest idea we ever had at that point. Hopefully my mom will be able to find medium-small size pumpkins somewhere else. Anyways, when they got back, of course I tried to spend a little time outside with the babies (cats) and we made some rounds. When Bootsie had her second litter, Wren, Midget and Stef used to follow me from the backyard to the front. It was really weird even then, but cute too! Well, now that we have six cats now they all have been racing me every time I’m outside. They no longer follow me, they race me. It’s actually Midget or Kelso that beats to it too.

While I was at my nana’s, I had the job of trying to find our old box of crayons. We had no such luck, however we did find something that might help me get a little more hands on. As much as everybody thinks, I honestly do a lot of the crafts and sadly never have, even in school. I always had to have help, which was good, but I always liked to do things myself. One of the things that I was never allowed to do at home or at school was use the scissors. I’ve been properly trained what not to do with them, but have been able to cut with them. Apparently, I make people feel uneasy with my toes. She found this small blue box, it was kind of dirty but still adorable. My nana never throws anything away and I’m thanking God for that now, but inside this little box were small tools. A pair of scissors, a stapler, measure tape, knife, ruler, an eraser, paperclips, and liquid glue. I thought they were the cutest things I’ve ever seen! I could easily these items. We decided to leave those out because I might be using those sometime soon. While my dad and I were looking for glitter in the craft section at Wal-Mart, he tried to get back into making necklaces again. I can’t do those, I spent too much money over something that does not work well with my toes or back. Even though I was tempted to take home a bottle of purple paint and a wooden letter of “M” but I think God knew what I wanted to do there and I couldn’t find either one.

While I was outside with them, I’ve been trying to take a lot of pictures of the leaves around the yards because I know my dad will have to mow it sometime soon. Despite the cold temperatures at night, my mom does have one flower bed producing buds, and yesterday she had a lone purple flower in full bloom. It must’ve enjoyed the nice rain we got that night and decided to come alive once more. When we went to leave to go out today, I checked it and it was still open but sadly decaying too. Which made me kind of sad that summer was officially over. It’s strange to think that I’ve always loved autumn because of the changes in the leaves, feeling of Halloween, and then getting closer to my birthday. I think since I took lots of pictures of the outside, especially the flush trees. I don’t know I might be changing my mind slowly and thinking I might have a new favorite instead. 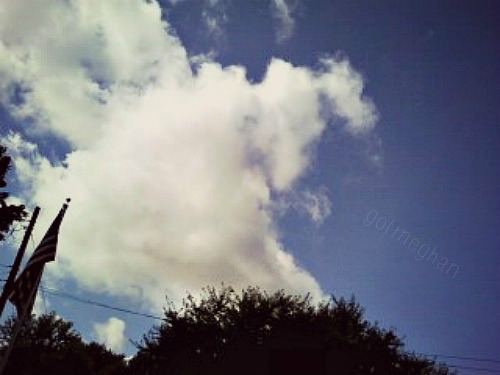 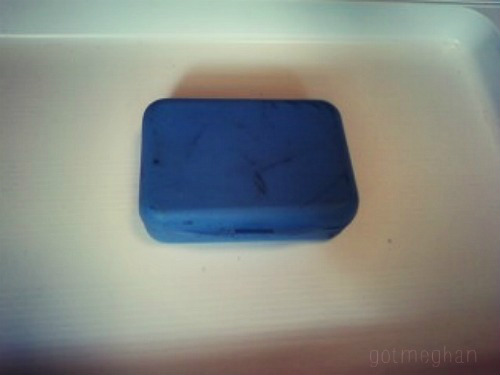 This book just recently came out! This is the first book of the series. It’s a novella, which means it’s smaller in length. This took me probably three or four days to complete. It was a very good book to read, and the fact it was free was even better. It took me two days to finally cave though. I’m not like everybody else, I’m not into the billionaire type of erotica novels. My problem of why it took me longer to get it was the fact that I assumed it would be that type of book considering the cover is of a man in a very sexy suit. As much as I am a lover of guys in suits, I had to think about it still. When I finally did get it and started reading it, I felt like a complete dumbass.

This book is called The Invitation by Roxy Sloane. Sound familiar? It should, if you read my other book review of the first book of another series, called The Seduction. You would be surprised to know that there some similarities between the two books. You only come to out in the end of this one though. This book is about a young woman who is done as a college student, she studied her ass off for her degree in Law and wants a better life for not only herself but for her mother and younger sister too. She feels unbelievably proud of herself of the long hour she put into her classes and work. Now, here’s the twist. Just because she’s a law student doesn’t mean she’s the goody-goody two shoes on campus. She’s got a reputation for something else that has nothing to do with law and nobody objects to it either. Two years prior to the day of setting in the book takes place. She meets another law student with a bigger reputation than hers. Ashton. He is a hottest thing on campus and has every woman in his pocket, well almost every woman…

At the beginning of Ash and JJ’s (Ash’s nickname for her) time together they vowed only to be friends as neither one were really looking for relationships, but since they got along so damn well, they’d spend their late nights together hanging out and drinking, plus talking about their past adventures and family. I’ve explained a little bit about JJ so here’s some background on the hottie of the story. Ashton isn’t from America originally, he’s British and he does have a wealthy family, but his family especially his father wants him to take responsiblity back home. So on his last night out in New York, he meets up with his ole friend JJ and they share a drink and the book explains about how bad both characters have wanted each other for years. When one of JJ’s professors sees her at the hangout, she immediately breaks hold of Ash’s spell for a second and talks to him, but when Ash tries to introduce himself and is ignorant plus when the professor basically makes a pass at her, he gets very dominant. Since neither one know that they want each other, that move of Ash’s jealously tells JJ everything she needs before calling her prey. However, before she can even leach to him. Ash pulls her into a dare that she ends up accomplishes with flying colors but not without reaching something else as well. After that, it’s time for Ash’s turn. His dare was to show a picture of his junk and put it in the Dean’s office. That’s where round two begins. After leaving the campus and getting into a cab where JJ gets teased by him that literally has you sitting on the edge of your seat. When they reach his place, round four begins but in the morning leads one character thinking about the future. The actually ending of the story, is set three years later when JJ visits her best friend Keely (another name you might know!) back in New York, and finds a decorated box that says a very interesting, erotic message on it.

This book was very naughty. I should be used to these books by now, but it was a good naughty, if there is such a thing. I actually enjoyed both characters equally, which NEVER happens. There’s always the male character I’ll like in the book, but the female leads are never my favorite. I’ve never understood why because as a woman I should have found something that I like about her. JJ was not very cocky, instead I felt she was more sassy. She never let go of what she wanted but neither did Ash. I kind of wanted more back story of Ash, and surprisingly I love men in British accents, I mean who doesn’t? I never imagined him in a British accent though and I desperately tried to pick an actor that could be hot enough to be my voice over/Ash while reading the book. Something nows tells me I should have been thinking about Joseph Morgan but he isn’t that cute underneath those clothes. Sorry, I call it how it is. I think I would rate this book four out of five stars just on the things about Ash, imagining who he looks like and not enough story for him. It was still a good and sexy story though!