Well, it’s Sunday Funday. When I was a kid, I was always told that Sunday’s were made for rest. I just thought that was a big lie amongst my parents as they didn’t like getting out on Sundays. Although, I never blamed them, even I like having that one day to do nothing but a few things in-house. Now that I’m older I’m still in between whether or not I chose to believe in that rule. I mean, I’m all for having a movie day indoors, but sometimes you just feel like you need to be outside and today’s one of those days. For us in the Midwest, there isn’t much space between the seasons summer and winter. We hardly get a good size autumn. From our first good evening in the low 60’s usually means the leaves on the trees will turn from their royal green to light orange and yellow hues and then it’s fall. After that the weathermen say it could snow around our last week of November. It’s just normal for us and we actually take it in pretty well, it’s the overlasting part that drives us insane! In the middle of June, I had started seeing my Facebook friends posting things about how many more weeks until Christmas and counting the summer days off until it’s winter and we have snow on the ground. I love snow, I really do, but I wouldn’t dream of giving up the warm weather early and getting a few inches of snow. Last night was probably the second night where our A/C wasn’t on at all. We simply didn’t need it.

I didn’t really want to go backwards on this post. especially the picture I’ve added at the top. My sister came home for the weekend. The poor thing can’t stay at the campus longer for a week. She likes coming home but I think she’d like to stay up there longer than one week before coming home for two or three days. As you can see, our cats love when she comes home. She basically only came home to babysit me as our parents went to a smaller bike rally a little outside of town. Yeah, I was bummed that I didn’t get to go but after my mom explained to me that going to these smaller ones would be less exciting for me. There isn’t much to do in these smaller ones than besides play cornhole and horse shoe. So I said “ok” and my sister stayed with me. One of the good things about it was the fact that our Uncle Rick came down. Our Aunt Linda had somewhere else to go with her job, so we understood her reason. We had a fun time still though. I rode with Blondie in her car and it was our fourth time getting out of her front seat into a push wheelchair, but instead of using my Papaw’s chair. We had the Death Trap. She agrees with mom that packing it around is a lot easier as its very light. We only managed to bump our heads only half a dozen times from getting in and out of the car. I say “our” because it wasn’t all me this time around. We’re a bit clumsy. The poor thing doesn’t have a radio in her car because of some dufus who punched it out of its slot. So she’s been using her Spotify off her phone as a stereo, it’s not safe by any means but it works.

The time with our grandparents and uncle was very fun. When Blondie got us inside the house, Papaw had the TV in the kitchen on Animal Planet watching the crap out of his favorite show Too Cute. It’s extremely hard to concrete in that house whenever he’s got that on, because everything in your body is saying in a high-pitched voice “awwwww” and “look at that!” I’m pretty sure I said both of those at least twenty times. Rick brought down KFC and I was a dumbass, when mom got up that morning she ended up making me lunch from one of my microwave meals and I knew that he was bringing lunch but at that last second I forgot about it. I tried to stop her but it didn’t work out well. I didn’t eat very much of both unfortunately. My nana has been having weird cravings for Twinkies and she’s been having mom get her some from the store when she does her errands. I did manage to eat all of that more than anything than maybe the green beans. Rick also managed to bring down a small round of cheesecake but it four big slices of different flavors. Since I’m not a fan of cheesecake, I opted out of getting any, but my Papaw and Blondie aren’t fans of cheesecake either and they each ate a slice. Papaw had the chocolate and Blondie had a slice of the strawberry. After an hour or two, Blondie asked what time we wanted to go to the movies. It’s been YEARS since I’ve been out to the movies with both my mom and sister. It’s never the two of us, so when she offered to go Friday night, I agreed instantly even though it took me hours to reply back to her text. Anyways, we leave their house around 3:30pm and our movie started at 4:10pm. We made great time until it was time to get out of the car. My leggings kept getting caught on her passenger seat and it made us a little late. We went and saw Teenage Mutant Ninja Turtles and I’ve got to say both of us were surprised on how much we liked it. Thankfully, it wasn’t anything like Transformers and but Blondie were trying to figure out who played the bad guy and her friend Vern, it drove us CRAZY!

When the movie ended and we walked out into the game area, it was empty. No workers anywhere or people with their kids playing the games. It was actually kind of creepy! On our way out the doors, since nobody was around sis had to do the doors herself and I think getting out was a LOT easier than going inside. When we left, we took a pit stop to the nearest Huck’s and got a big swig of Big Red and man, wasn’t that yummy! And she got a small cup of puppy chow for our drive home. The drink was a LOT better than the puppy chow. Before we got home, we got McDonald’s and it was strange for when we got back at the house because neither one of our parents were there, just the cats. So as she went into the house to eat and tend to the dog because she was howling and crying that everybody had left

t her. I stayed out in my big wheelchair with all of the cats. She took a lot of pictures of them and once I got inside. She took me to the bathroom, I ate dinner, and I went online and saw something awesome had happened. Back in August, I was asked to do a blog post for Models Of Diversity, they are an advocate for models of different shapes, sizes, races, abilities and etc. I’ve been trying to keep quiet about it and only 8 people actually knew about it. I did the post and they uploaded it onto their site and it was the perfect end to a perfect day I thought. If anybody wants to read it, click here.

This afternoon I’ve been spending my time outside with my sister and our “clowder.” Apparently that word describes a group of cats. Blondie and her friend Skyela HATE that word and they’ve only known about it for the last 12 hours or so. Since Blondie took pictures of the cats yesterday evening, I decided to take pictures of the beautiful trees around our neighborhood. Got a few gems around our house too. Hell, I even took a selfie! Blondie thought it’d be a beautiful day to clean her car in and out. As she got everything out of the inside of her car, she offered to bring me to one of the car washes in town. Somehow she talked mom into going with us too. The floorboards look brand new because she basically scrapped up everything on them. Mom and I had fun just watching her clean and use the vacuum, whenever the thing would turn off she’d groan and stand back up to walk back off but also freak out over the bees around the stand. I literally sat outside for probably two hours and didn’t freak out much over the bugs around me. Except for the few mosquitos flying around and one bit me on the top of my fingers. Bastard! I even tried to meditate in my chair in the middle of the front yard. Today was just a different day for me. It was good, but strange. I hope you had a great weekend too. 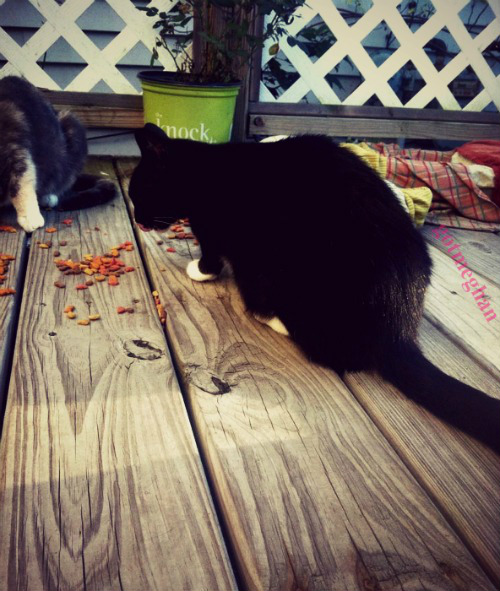 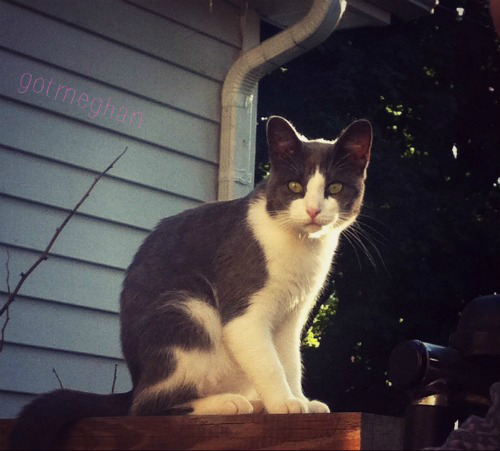 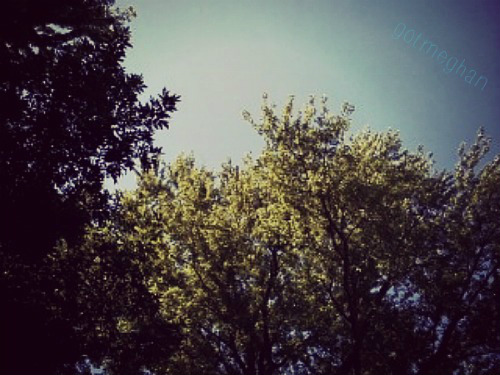 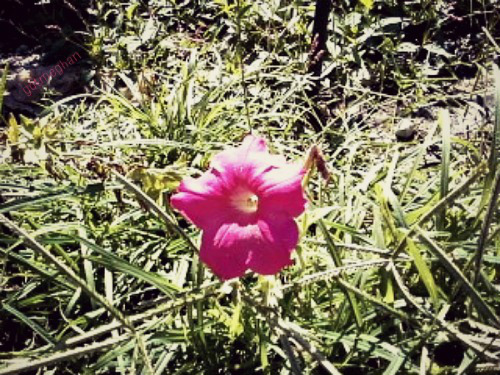