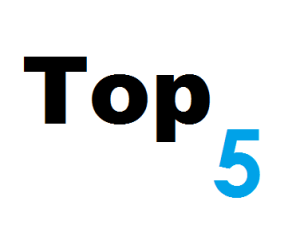 Happy St. Patrick’s Day! So I’m bored and I thought of this Saturday night. Good thing I decided to put it in my phone to save it for one of these times. I’m making two lists, top five lists of what you can’t live without and what five things do you wish you had as a kid you want now? We’ve all thought of these lists before, but never really talked about them. Well, most haven’t in a while. In school, every year I swear you got asked “what is something you can’t list without” and whoever is dating somebody or if they’re permanently attached to their phone they put them at the top of their list and their family and friends are basically at the bottom. Everybody’s got their own lists, but I don’t think I’ve ever voiced my favorites on either parts. So here we go!

I’m that type of person who thinks I was born in the wrong era. I’ve actually taken a quiz that told you which era you belonged in and I think I got the 1960’s. If I could live without the internet and my other electronics I would love to go back and experience the 1700’s, 1920’s, 1940’s, and the 50’s. Majority of the reasons of why I would like to go back there is because of the fashion, history, music, and people. I just want to see how a person of those times were really any different of us. I would love to compare them together and see if our troubles are really as bad and if things were any worse and we never did anything about it. There is one thing I’d like to experience is when people were coming over from Ellis Island. Where’s a delorean when you need one? This next list is one of bringing back your childhood and wishing you still had it maybe for your future kids to experience one day.

Top Five Things You Wish You Still Had As A Child: