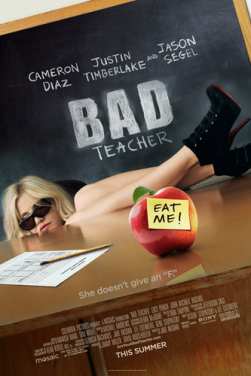 Finally! I got to watch this movie! I really wanted to see it in theaters but that didn’t happen. When I first started watching it, it gave me two choices. Thertical or unrated. I chose unrated, because movies are usually more hilarious when they’re unrated. This movie was what I was expecting! The title is definitely the truth. She is one “badass teacher.” I know a few people who probably wish some teachers they had were like this sometimes. She was crazy, but hilarious!

Cameron Diaz is a badass in her own right. I’ve watched her in Charlie’s Angels and loved how badass she was on there. I would never expect to see her as a teachers acting like this though. She played her character very well. I believed everything until it was over. I liked how things ended for her, well somewhat. There’s a part at the last that actually disturbed me a little. Besides Cameron, I liked Lucy Punch at the beginning but the end of the movie she was very annoying. It showed how much Karma really is a bitch. Another one I liked was, Phyillis Smith who played “Lynn” she was sweet and I hated Cameron’s character “Elizabeth” for not being a better friend until the end.

Now there is a reason why I wanted this movie so bad and that was because of Justin Timberlake. He was so cute with his glasses and trying to not sing. His character “Scott” though got on my nerves. After Elizabeth told him about Amy, and his expression I thought he was done with her, but instead the two of them kept flirting. That confused the shit out of me. The sex scene was hilarious and you know that’s got to be awkward as hell. Cameron and Justin use to date, I know they’ve moved on and such, but still I liked them as a couple and seeing that made me feel uncomfortable. Especially his pants, that part gave me a good laugh. John Michael Higgins is my favorite show “Happily Divorced” so seeing him on here and acting the way he was made me happy. He made me laugh too. Jason Segal, his character “Russell” was adorable! He tried his hardest to get Elizabeth’s attention and it never worked but he sure didn’t give up though. 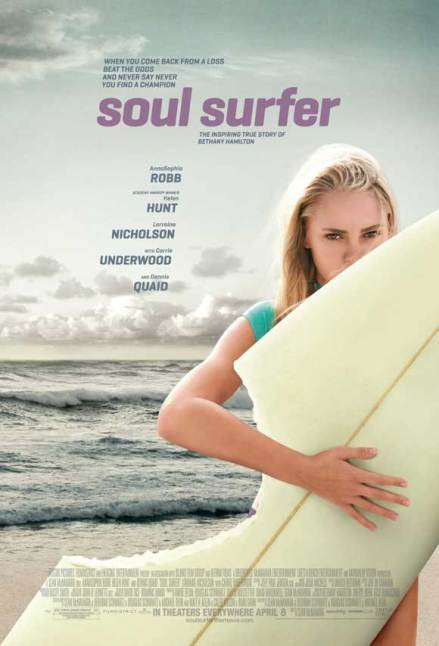 So I’m still recovering from this movie. I’ve wanted to see this since I first saw the preview of it. I’ve heard of Bethany Hamilton before. I think everybody around the world has heard of her. If you don’t know who she is, she is a young girl who was surfing one day with some family friends when a shark decided to her arm away from her. She didn’t give up easily from it though. A lot of people take things for granted. Sometimes all we need is something like this to show us we shouldn’t take everything for granted, because they can be taken away from us faster than we can think.

As a handicapped person watching this movie wasn’t easy. I knew I’d cry, but not through the whole movie. Bethany was worried about not looking normal. She lost her arm and didn’t see it as a good thing. She was worried about guys and how they’d think about her only having one arm now. She had to learn to do everything with just one arm. I’ve been through all these before but I’m a little different. I’m not surfer like her. I can’t swim. I’m not missing my limbs. I’m missing a rib but it’s in my spine. So we’re good.

Bethany was worried about these things but hid them from everybody and turned to God for guidence. She always believed in God but she didn’t understand why her arm was taken from her. God does work in mysterious ways. I have to agree with the movie. That quote is understatment. Nobody would be able to understand God’s plans for us. When the guard took Bethany that they were letting her go 5 minutes early made me think of when I was in 6th grade and I was allowed 5 minutes early start to our multipication test and even though I took those 5 minutes because I’m kind of slow when it comes to Math, she declined her chance. She went with everybody else. I fully understand that because I’ve had plenty of chances to have early starts and I never took them.